We also suggested and secured the locations for the post-match parties of both clubs, which took place after the Final at Wembley Stadium.

In very close co-operation with our partners in Munich and Dortmund, we booked hotels, sourced lunch and dinner venues for club officials, VIPs, sponsors, staff, players’ wives and families – from an exclusive river cruise to a unique location on the 39th floor of a City of London building. We organised sightseeing tours and pre-match reception venues on the match day, providing both clubs with nearly 60 members of ESEM staff and the usage of over 100 buses over the weekend.

On the day of the match, both clubs trusted ESEM with the handling of their day charter supporters flights to Gatwick and Stansted Airport, from where we provided transportation for over 2,500 fans. 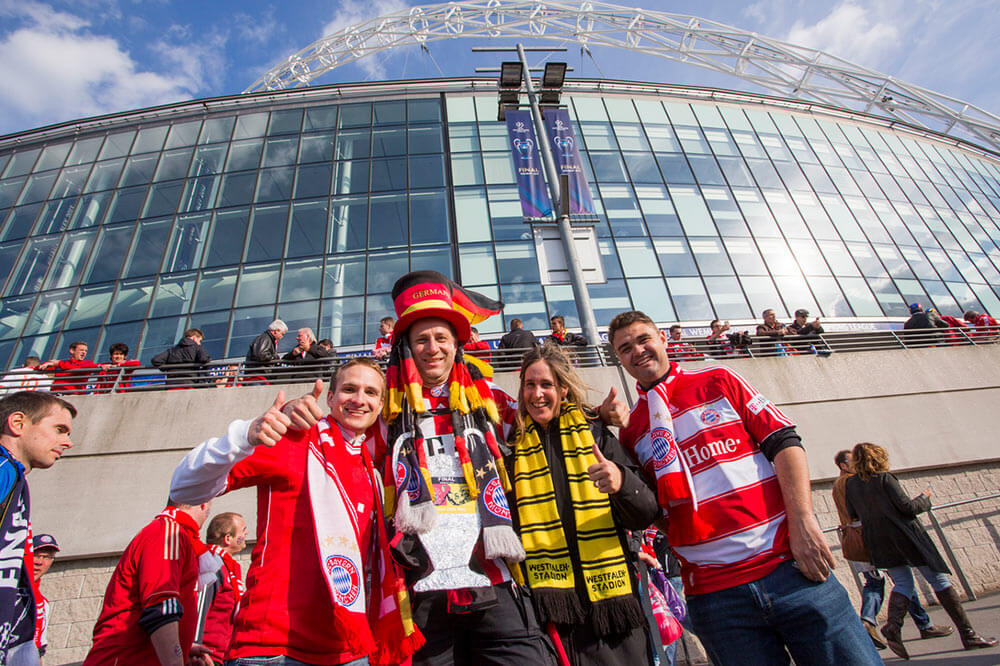 FROM START TO FINISH WE OVERSAW THE WHOLE OPERATION FOR BOTH CLUBS AND THEIR VARIOUS DELEGATIONS – IT WAS A GREAT SUCCESS! 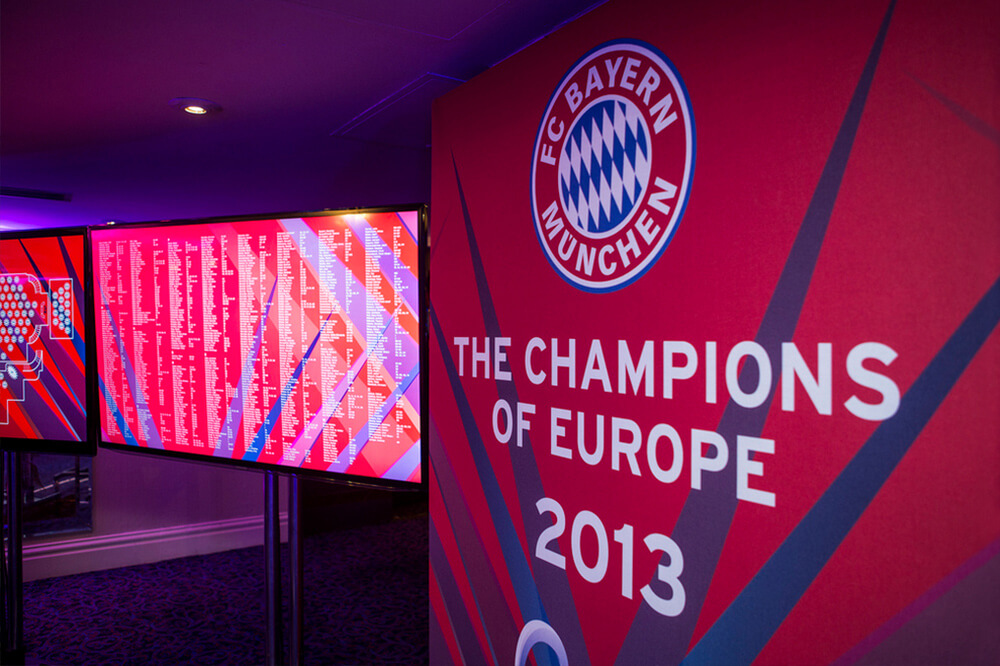 After the semi-final stage, both clubs consulted ESEM regarding recommendations of suitable venues for the club’s post-match parties and we were delighted, when Bayern Munich chose the Great Room at Grosvenor House and Borussia Dortmund the Natural History Museum in Kensington, where a total of around 2,700 guests celebrated after the match until 6.00am in the morning.

We thank our colleagues at FC Bayern Tours and besttravel for their excellent co-operation and trust, for what was a memorable event for everybody involved.

A special mention also to ESEM’s extensive team of project managers, guides, coach operators and chauffeur drive companies, who helped us make this project a success. 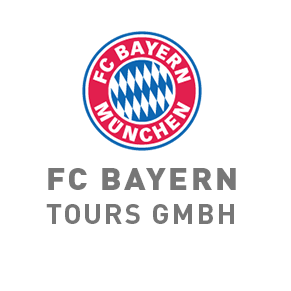 …of all our guests in London last week. My personal thanks to Melanie and Rachel for a great job throughout the project. Here you have two excellent professionals in your ranks.

From the quotation stage to our inspection visit, to the implementation of our trip (including the fan day charters), everything went very smoothly.  The selection of restaurants on offer perfectly matched with our wishes and requirements and the Guides you selected were excellent.”